Portfolio > Echo of an Utterance

Totems of The | Echoes of Utterance JESSE J RING | Sculpture

Through material, and touch, artifacts are being re-materialized in my studio to communicate their past social presence in a relevant way. My interest in human formed artifacts with occult functions stems from western culture’s tendency towards planned obsolescence in our domestic objects. For example, the smartphone has become a tool of obsessive use, arguably fetishized, yet the average life span of an iPhone is 2 years. It is an object that is venerated yet disposable.

I came across the Bellarmine witch bottles while researching undeciphered, glyph-based languages like Rongorongo, Proto-Elamite, and Olmec. These alphabets are recorded on wood, fired clay, and carved stone, respectively, and each projects an object power free of the depicted languages meaning. There is a connection between these tablets (that cannot be read yet assert their power to preserve cultural knowledge in matter) and the buried Bellarmine jugs that place a protective spell on a space or body in time.

Such occurrence "draws attention to an efficacy of objects in excess of the human meanings, designs, or purposes they express or serve. Thing power may thus be a good starting point for thinking beyond the life-matter binary”… to express a… “materiality that is as much force entity, as much energy as matter, as much intensity as extension. " 1

This power of relics, as sensed in witch bottles and tablets, is known in two ways: both as a fixed material form with a visual presence, a thingness, accepted by the culture, and as a force or energy hard to fully describe - one that is best felt. Ultimately it is this energy that gives us pause when artifacts are rediscovered, revived, and displayed as important.

In “Echo of a Witch Totem” a mosey wooden twig is bound to a replica of a stone that resembles an ear and a bundle of nails from my father’s shop floor collected shortly after his death. This bundle is a talisman, a protector of sound and hearing. It was made in response to the contents commonly placed in Bellarmine Witch Bottles from 16th and 17th century England that gave material form to spells whispered into bottles. The talisman hovers in a translucent resin bottle made by coating the interior of a bottle thrown in soft stoneware. The clay was then washed away to reveal the cast record of the form’s hidden interior. The talismans 3D scanned record lies adjacent, cast in solid metal, inert and enacted.

The process of material transmutation acknowledges that force (an analog or digital. touch) and formulation can shift a material through possibly endless compositions and meanings, just like language. This reveals that forming material is means of understanding ideas that is fast and slow and tangible. It works against obsolescence by imbedding meaning in material permanence.

My sculptures are displayed to present poetic compositions of objects, inviting interactions that are not linear, existing outside a known timeline, remaining open to interpretation. Through their materiality they communicate a thingness and force energy in favor of the venerate object in an era of the disposable. 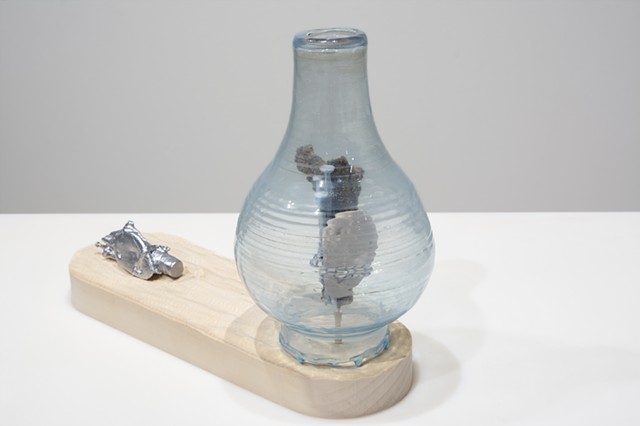 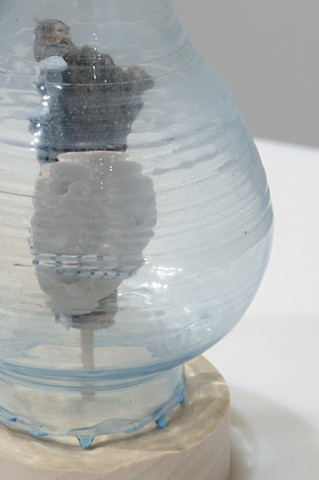 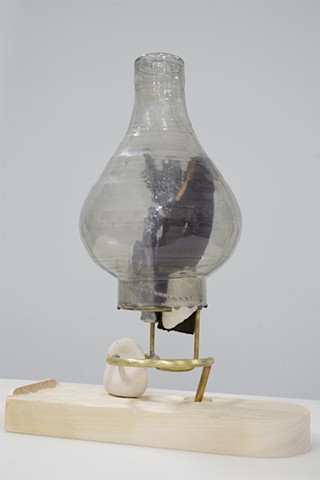 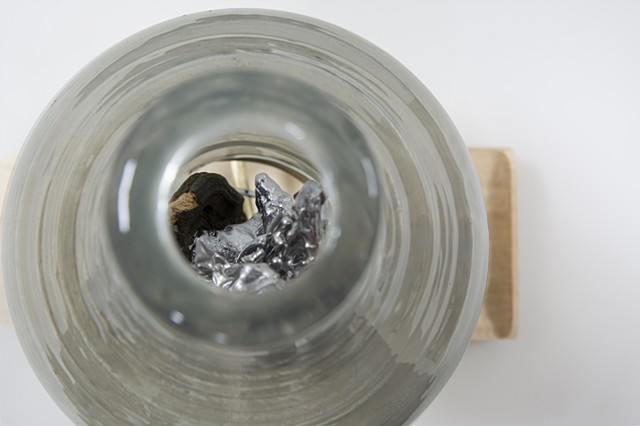